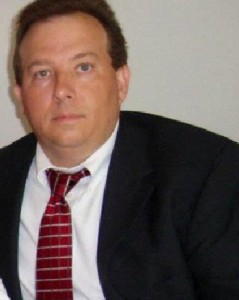 1. Sean Michael Wiswesser was once based in Prague, Czech Republic as well. He’s from Reading and a ‘Morehead Scholar’. Graduated in 1992 from The Hill School. He learnt Russian under the tutelage of his teacher Professor Frederick “Rick” Allan Borger. Wiswesser writes:

“In my work as a U.S. diplomat, specializing in the former Soviet Union, I have traveled from The Baltics to Central Asia and from Moscow through most of European Russia. I get asked two questions very commonly: the first is ‘What part of the Soviet Union was I born in?’ I answer that I am an American, born in the USA. When greeted with disbelief, I explain that I was just very fortunate to have a really good Russian teacher at a young age. Then I am asked ‘Well, what part of Russia was he from?’ I answer that he too is an American, and, again, that he was just an excellent teacher. It was one of my greatest pieces of good fortune to have met Rick Borger, someone who in every sense of the word literally changed my life. We started together when I was fourteen years old, and it was a long journey, covering four years at The Hill. There were many moments when I struggled. I can remember weeks, initially just sitting, repeating vowel and consonant sounds, with Mr. Borger’s lead, thinking to myself, ‘When is this guy ever going to get around to actual words?’ Well, we got on to words and much more. He gave me the foundation for my later degree in Russian language and Literature and he opened the doors of Foreign Service for me. More importantly, he gave me an appreciation for the great Russian language and its people which has become a central focus of my professional and personal life.”

2. Wiswesser was part of the joint Israeli-Lithuanian commission as a participant to study crimes committed by the Nazi and Soviet regimes and also about the Holocaust in Lithuania.

4. Wiswesser has been donating to the University of North Carolina at Chapel Hill, his alma mater, for 10 years, as mentioned in the 2014 Honor Roll.

Which was purchased through Arlington Premier Realty.